GIADA’s BQ611 is a mini PC, packed with lots of power in a very small size. It supports strong, socketed 65W processors of the 10th and 11th generation: from Celeron, Pentium to Core i3/i5 and i7. The special feature of this device: As the “largest” GIADA PC, it comes along impressively compact with a housing volume of only 1.24 liters.

With its current Intel UHD graphics, the desktop PC supports all three display outputs simultaneously: An HDMI 2.0a, a DisplayPort 1.2 as well as a VGA port. It can output two 4K videos or a maximum of three 1080p videos simultaneously.

The BQ611 also features numerous I/O ports, including six USB2.0, two USB3.2 and one USB-C, as well as two LAN ports. With a microswitch, it can detect the removal of the computer cover: A security breach can be reported immediately. The PC is thus predestined for secure digital signage use with high requirements like analytics. IoT and AI-based machine learning applications are also possible with GIADA’s new mini PC. 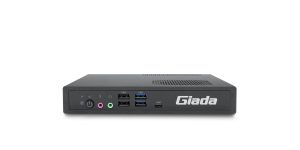 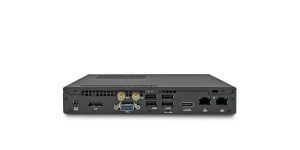 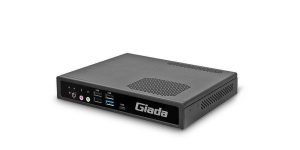 You want to subscribe to our newsletter? Please press the button below to load the subscribtion form.